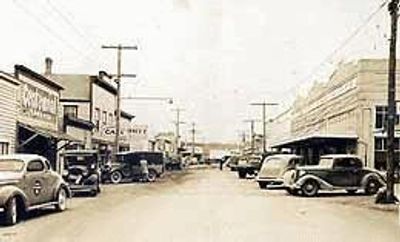 Downtown Oak Harbor in the 1930s 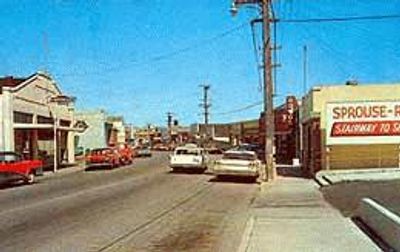 Downtown Oak Harbor in the 1950s 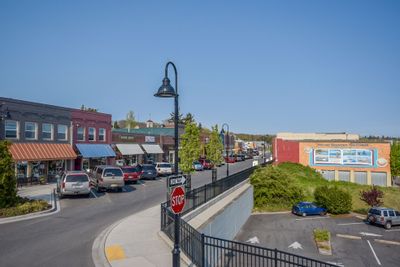 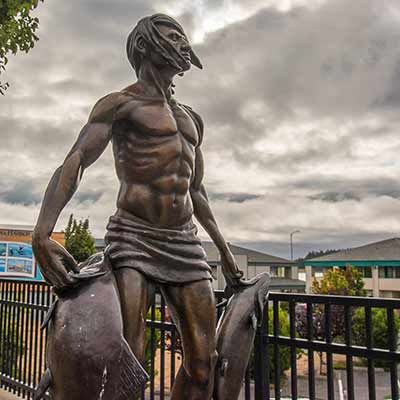 Skagit tribe originally occupied the area between Bellingham Bay and the middle of Whidbey Island. They called Oak Harbor Kla-tole-tsche in the Salish language.

Like most of the other Puget Sound peoples, the Skagits lived in cedar long-house settlements during winters and followed food sources in the warmer seasons, finding shelter in portable woven reed huts.

In the early 1850s, when settlers staked claims where the city now stands; Zakarias Toftezen a shoemaker In 1852, Irish immigrant Thomas Maylor Sr. from Norway, C.W. Sumner from New England and Swiss Ulrich Freund. Sea captain Edward Barrington and Charlie Phillips opened a trading post in Oak Harbor in the early 1850s so they did not have to make the two-day canoe trip to Olympia for supplies.

Houses and businesses sprouted up along the shores of Oak Harbor as the pioneers relied entirely on water transportation until the 1900s. For the next 30 years, steamers and freighters carried passengers and freight from the Island to the mainland and back.

The Irish came in the late 1850s, making Oak Harbor grow and prosper as they fished and farmed the area, and the city's Dutch heritage arrived in the 1890s. Churches, schools, and more businesses followed the arrival of the Dutch. A high school was built in 1906.

Oak Harbor flourished as a small country town until the Deception Pass Bridge was built in 1935 connecting the city to the rest of the region. In 1942 the U.S. Navy Base was opened bringing more people to the island.

Oak Harbor is Whidbey Island's largest incorporated city. It is named for the Garry Oak trees which grace its skyline.

Our historic downtown has 100 businesses with a mixture of restaurants, retail stores, and services.